How to choose the best iberian ham?

Here you will find some points to keep in mind when choosing a ham in order to make the best choice. As we mentioned in previous posts, the first and most important thing is to know how long it will take us to consume the piece approximately. It is not the same to buy a ham to be consumed in the same day (the curing must be perfect for all its parts) that if it is going to be consumed in one month (the thinnest and driest part called “babilla” or “contramaza” must have an optimal curing because that is where we are going to start the ham. If the wide part, known as “maza”, is a little tender, we do not have to worry because on the days when we cut the “babilla”, it will finish curing.

Let’s start with the first point: 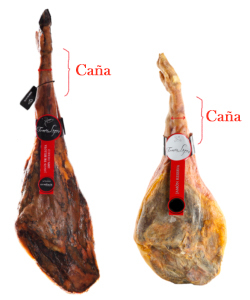 The Iberian ham is thin and stylized, and has an elongated “caña”.  The thinner and narrower the “caña”, the more evidence that the piece is of high quality.  This indicates that during the “montanera” season the animal has exercised with the search for acorns, obtaining a greater development in its muscles and infiltration of fat.

Saying that a ham is “pata negra” (black leg) to say that it is the sumun of the hams is an error.  The black colour of the piece is not an uneven indicator that it comes from an Iberian pig.  It refers to the color of the hoof, but not all Iberian pigs have black hooves nor are they exclusive to this breed.

There are many varieties of the Iberian breed that have a yellowish, brown or reddish skin tone. The expression “pata negra” has caused a big mistake in the market, reaching the point of having detected pieces with the hoof painted in black to be sold as if they were Iberian. Furthermore, with the entry of the new regulations on the classification of Iberian products on the market, this designation has been exclusively reserved for hams that have been labelled by the competent authorities with the black plastic seal, i.e. that their purity of the Iberian breed is 100% and that their diet during the fattening period is based on acorns. Another misused term is “Jabugo”.

It refers to the Denomination of Origin of Huelva and, therefore, Jabugo hams are produced in different qualities.

The weight of the piece of an Iberian ham goes from 6 to 8 kilos and on the shoulder it goes from 4 to 6 kilos. This characteristic will not alter the quality of the product, but we have to take it into account considering the consumption we are going to make: for example, larger pieces are more suitable for the catering industry as they have a higher output.

40% of the piece of ham is not usable (bones and fat), in the shoulder the percentage increases to 50%.

In the next post we will talk about the missing points. 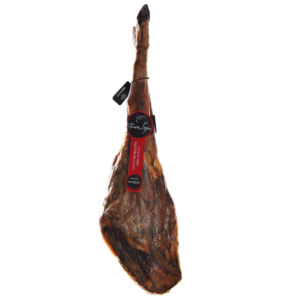 Our 100% Iberian acorn-fed ham Tomás López is the most exquisite, it has a persistent flavour with a juicy and intense texture. This ham comes from 100% Iberian pigs, reared free-range, fed on acorns and natural pasture, and cured for more than 36 months with natural ventilation regulated by our expert ham makers. 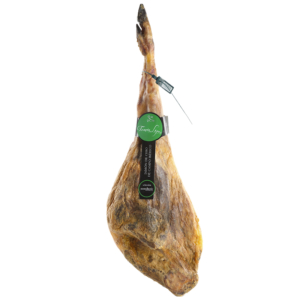 Our Tomás López Iberian free-range ham has an enveloping, structured and tasty flavour. This ham comes from Iberian pigs, fed on top quality feed and natural pasture, reared in the open air, cured for more than 24 months and naturally ventilated by our expert ham makers… 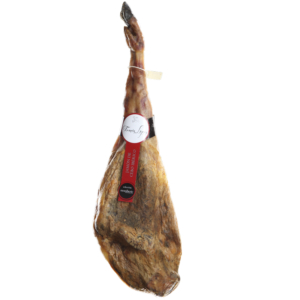 Our Tomás López Iberian cebo ham has a balanced, smooth and velvety flavour. This ham comes from Iberian pigs, raised with care and fed exclusively on top quality feed from birth to slaughter, cured for more than 24 months and naturally ventilated by our expert ham makers.

How to choose the best iberian ham? Part 2
Scroll to top