For this recipe, we will serve, ham of field bait in slices. 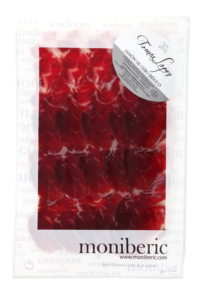 Add liquid cream to the pumpkin pieces and mash it and add salt, if it is too thick, we can add the cooking water, reserve the sauce.

Heat the oil in a frying pan and when it is boiling, add the thin slices of Iberian ham. When they are crispy, remove them on absorbent paper.

In the same frying pan, once almost all the oil has been removed, we can brown the turbot.

When it is golden brown, put it in the oven, making sure it is not too done.

Present the dish with a bed of pumpkin sauce, the turbot and add the crispy Iberian ham on top of the turbot. To garnish, we can add some chopped leek.

It can be served as a main dish accompanied by a salad. 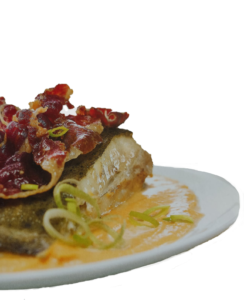 What is Fat Thursday?